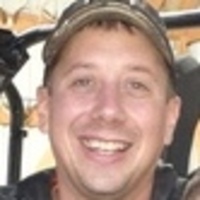 Eric Ryan Price, age 41, slipped into the loving arms of his Savior, Jesus Christ, on Sunday afternoon, August 7, 2022, and now knows exactly what Heaven is like. He had been suffering from ALS since 2018 and is now pain free for eternity.

Eric was born March 31, 1981 and was a loving dedicated father to his three boys, Colt, Case and Ty.

Eric and his good friend, Randy Spencer, owned and operated APM Enterprises, Inc., a machine shop in Pearisburg, since 2008. They became well known for their quality workmanship and always treating their customers fairly. He was a 15 year member of the Poplar Hill Volunteer Fire Department. In his youth, he attended Pleasant Hill United Methodist Church and in later years, he was a loyal supporter of Shady Grove Church.

His father taught him the love and knowledge of hunting and fishing at an early age, which he passed down to his sons. He thoroughly enjoyed living in the beautiful mountains of the Big Walker Creek Valley and riding ATV’s with family and friends.

Eric was preceded in death by his father, Howard O. Price and his infant son, Gage Wesley Price.

Surviving to cherish the memories are his mother, Betty Sadler Price; his sons Colt, Case and Ty; his sister, Cindy Weatherly; his brothers, Ozzie & Kevin; special brother-in-law & sister-in-law, Zeb & Lori Bowden and their children, Katie, Susanna, Jake and Owen; numerous aunts, uncles, cousins and friends, too many to list.

The family suggests that in lieu of flowers, memorial donations be made in Eric’s honor to the ALS Association, 1300 Wilson Blvd; Suite 600, Arlington, VA, 22209.