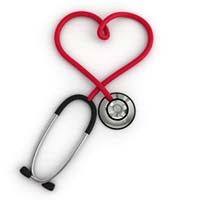 Mary Pendleton Morris Hood, a longtime Richmond resident, died on August 6, 2022. She was a loving daughter, sister, aunt, mother, and grandmother. Mary was born in Lancaster, PA but raised on a farm known as Hill Top in Pearisburg, VA.

She was predeceased by her parents, Jesse Levi Morris and Lucy Williams Strother Morris and her five siblings â€“ Howard, Jesse Jr., twins Robert and Rodney, and Nancy, all of Pearisburg, VA as well as her husband Dr. Thomas Ruffin Hood.

Mary graduated from St. Elizabeth’s School of Nursing in Richmond and was proud to be a registered nurse. She loved her family dearly, doted on her grandchildren, and was like a second mother to the friends of her children and grandchildren. Mary was also a fixture in the Bon Air community and her favorite shopping destination was Buford Road Pharmacy. She was one of the founding members of The Stony Point School (now known as Sabot at Stony Point). For many years she attended Manakin Episcopal Church in Midlothian, VA where she served on the Altar Guild, and among all her friends her rum cakes and bunny-shaped Easter cakes were legendary.

The family will receive friends at Bennett Funeral Homes, 3215 Cutshaw Ave., Richmond, VA, on Tuesday, August 9, 2022 from 6 to 8 p.m. The funeral service will be held at Manakin Episcopal Church, 985 Huguenot Trail, Midlothian, VA, at 2 p.m. on Wednesday, August 10, 2022 followed by a reception there in Denny Hall. The graveside service will take place at noon on Thursday, August 11, 2022 at Birchlawn Burial Park in Pearisburg, VA.