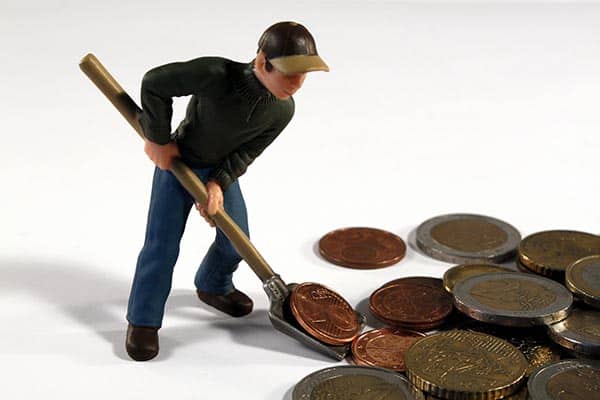 If you’ve bought groceries, paid for gasoline, or bought a car, either used or new, in the past year, you have likely noticed the presence of inflation.

In January, the Consumer Price Index confirmed just how severe the inflationary spiral has been. The index rose by 7.5 percent over the preceding year, the highest rate of inflation since 1982.

The broad-based surge in prices exacts a heavy toll on family budgets. An analysis by Moody’s Analytics found that the average U.S. household spends $276 more per month than it would have with inflation rates more typical in recent history.

So does the rise in used car and truck prices, which rose by 40.5 percent over twelve months. Wealthier households tend to buy new cars more often. These prices rose, too, but by a less severe 12.2 percent.

Like an earthquake, a sharp and sustained rise in inflation will have aftershocks. As different industries take into account the rise in many of the goods and services they rely on to provide their goods and services, what they provide will go up in price as well.

For example, the February 15 Wall Street Journal article “Farmers Feel the Squeeze of Inflation” noted that the agricultural sector is beset by higher prices for pesticides, equipment, fertilizer, and labor. These higher prices will drive up food prices. Higher prices for foods such as corn and soybeans used for animal feed will then further drive up meat prices. As it is, beef is already up by 16 percent, pork by 14.1 percent, and chicken by 10.3 percent.

Inflation, the highest rate witnessed in 40 years, is here, and it can be devastating. Russia’s invasion of Ukraine will likely increase inflation over the next several months. But the current inflation mostly has been caused by Biden’s policies.

Unfortunately, the Biden Administration has not seemed to understand the causes of inflation or how to solve the problem. This lack of understanding will likely magnify the stress on our economy that normally would have occurred as a result of Russia’s invasion.

The Biden Administration may try to blame all of the inflation on Russia. But you and I know better.

In fact, it helped cause the problem in the first place by driving through big-spending legislation that flooded the economy with cash and encouraged people not to work. Even liberal economists such as Larry Summers, an official in the Clinton and Biden Administrations, warned that freely spending federal tax dollars would overheat the economy, but their warnings went unheeded.

To be sure, these disruptions are occurring, but they are far from the primary culprit. The President’s claim was dispensed with in the New York Times of all places by Steven Rattner, who served in the Obama-Biden Administration. He called President Biden’s allegation about supply chains “simplistic and misleading” and wrote that the underlying cause was an economy overstimulated in part by lavish federal spending.

Currently, the so-called “Build Back Better” legislation that threatens to spend trillions more is dead in the water, but the President and congressional Democrats are still looking for ways to pass it. If they succeed, expect prices to surge even further. A good place to start in addressing inflation is to finally take Build Back Better off the table.

Further beneficial actions would include ending the targeting of domestic energy production and stopping the imposition of regulations that impede business productivity. This would allow for supply to better meet demand.

People may remember some features of 1982 fondly, such as the movies or music, but it is doubtful anyone fondly remembers its high inflation. The Biden Administration must act now to relegate skyrocketing inflation to the dustbin of history. Otherwise, the difficulties families will face in budgeting and in achieving the American dream are only beginning.