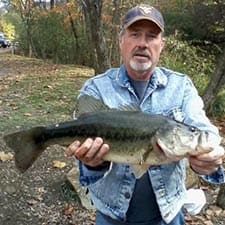 William “Willie” Lydell Jones, age 62 of Princeton, WV, and formerly of Pulaski County, died Wednesday, January 18, 2023 in Princeton. In greeting he would tell you he was “Blackfoot, Hatfield, coal miner’s son.

Willie had a joke for every occasion and kept everyone on their toes with his humor. He was a talented guitar player and could play almost any string instrument, and is remembered for his performances he put on for friends and family. At other times, he was born in Bucyrus, Ohio on April 15, 1960, and was the son of the late James Howard Jones and Letty Crabtree Jones. Willie was a veteran, having served in the United States Army for thirteen years, finishing with the rank of Sgt.

Graveside funeral services will be held on Thursday, January 26, 2023 at 2:00 p.m. at Cecil’s Chapel United Methodist Church Cemetery, 100 Cecil’s Chapel Rd Hiwassee, VA 24347, with Pastor Jason Crandall officiating, and with military honors. There will be no visitation at the funeral home.

Online condolences may be sent to the family by visiting www.seaglefuneralhome.com Arrangements by Seagle Funeral Home, Pulaski. 540-980-1700