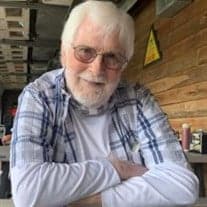 James (Pete) Louis Miles February 26, 1936 – January 22, 2023 Pete Miles was a simple man and a U.S. Veteran. He retired from Virginia Dept of Transportation after 36 years of service to the commonwealth but then built several homes for many people around the area.

The family would also like to give many thanks to his caregiver Judy and all of the nurses and doctors for their care and compassion. His wishes were not to have any service or funeral. The family asks that if anyone would like to make a donation those donations be made to Carilion Clinic Hospice of the New River Valley.