The Supreme Court Protects Our Constitution 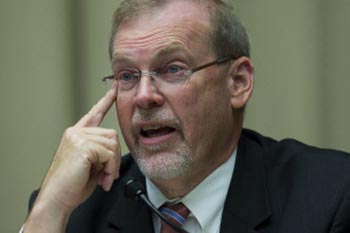 As the Supreme Court term draws to an end, it releases decisions on the cases it has heard. These decisions can have far-reaching effects in American life.

Several of the decisions released in the final days of this term affirmed important constitutional rights and principles. They deserve to be commended for upholding the vision of our Founding Fathers of a government of limited powers and a people possessing inalienable rights.

Second Amendment rights secured a great victory in New York State Rifle & Pistol Association v. Bruen, a case involving New York’s restrictive gun laws. The law in question required applicants for a concealed carry permit to show a “proper cause” for the application. A general desire for self-defense did not qualify. The case’s plaintiffs had sought a license to carry in public for this reason and had their applications denied.

In a 6-3 ruling, the Supreme Court ruled that New York’s restrictive licensing requirements were unconstitutional. In writing the decision, Justice Clarence Thomas noted:

The ruling has limited impact on the present situation in Virginia, where the law permits open carry. But the Court’s decision warns those who would sharply limit the rights guaranteed by the Second Amendment. I signed on last year to an amicus brief with other Members of Congress urging the Court to protect the right to bear arms in this case, and I applaud the result.

In another 6-3 decision, the Court upheld the right of a high school football coach in Washington state to kneel in prayer on the field after games. The coach, Joseph Kennedy, lost his job as a result of this practice, even though he did not pressure players to join him. The school district alleged that his voluntary prayer constituted an unconstitutional endorsement of religion by the school.

The majority in the case, Kennedy v. Bremerton School District, found that the school district violated Mr. Kennedy’s rights to free speech and free exercise of religion. Justice Neil Gorsuch wrote the opinion. He noted that the school sought to restrict his activities precisely because they were religious, as opposed to secular activities it permitted. Further, the way Mr. Kennedy prayed – quietly at a time when other coaches performed their own personal activities such as greeting family and friends and students sang the school fight song – did not suggest that he was using his power as a public employee to endorse his religious beliefs.

[A] government entity sought to punish an individual for engaging in a brief, quiet, personal religious observance doubly protected by the Free Exercise and Free Speech Clauses of the First Amendment. And the only meaningful justification the government offered for its reprisal rested on a mistaken view that it had a duty to ferret out and suppress religious observances even as it allows comparable secular speech. The Constitution neither mandates nor tolerates that kind of discrimination.

Finally, in Dobbs v. Jackson Women’s Health Organization, the Court reversed its erroneous decision in Roe v. Wade and properly returned to the states the power to make policy on abortion. The Court’s decision is a victory for the right to life as well as for the constitutional structure which allows the people through their elected representatives to decide important questions.

While I may not always agree with the decisions of the justices, I respect their role in our system. I am encouraged that in these major decisions of this term, the Supreme Court upheld key constitutional rights and affirmed our representative system of government.