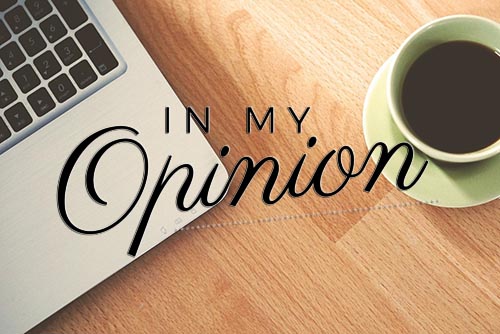 How has Morgan Griffith represented the several economically distressed counties (as listed by the Appalachian Regional Commission) and most others that are not economically competitive? Does his voting record show him to be supportive of the the economic interests of counties, cities, schools, needed services, young families, the elderly and the children? He scalds Biden for high fuel and food prices but voted NO on the HR 7606 Lower Food and Fuel Act. Voted NO on Broadband, Repairing & Building Bridges and Roads in SWVA–HR 3684 Infrastructure Investment Jobs Act. Voted NO on the right to basic birth control–HR 8373 Right to Contraception Act. Gosh, he even voted NO the HR 4346 Chips and Science Act —critical for car salesmen, appliance salesmen and the country to flourish as the semiconductors are needed in most anything that has electrical switches and to be manufactured here (maybe even in Central Appalachia or SWVA) and not overseas so the supply chain is not interrupted. He voted against Medicare negotiating lower drug prices for the elderly and the $ 35 cap on insulin prices for the elderly. He voted against the unions— Protecting the Right to Organize bill and against military servicemen and veterans in the Honoring our PACT Act.

Immediately after devastating flooding in coalfield counties of Griffith voted NO on the Inflation Reduction Act that carries the first historic steps to reduce the blanket of carbon dioxide from burning of fossil fuels by moving to clean energy. The warmer air carries at times much more moisture so rainfalls are often heavier, in a much shorter time period such as in the two flooding events Buchanan County, EKY, and Waverly, TN. With his NO vote, he is voting against working to limit future flooding, the explosive fires and megadroughts in the West. He ignores the UN’s Code Red warning for humanity due to this Climate Change. He ignores that human migration from areas of torrid, unrelenting heat with power outages, food spoilage , crop-loss famine, super hurricanes and flooding has already begun. The vast snowfields, sea ice, glaciers that moderated the climate are vanishing at an alarming pace. The flying insect populations in many areas around the world have crashed even in SWVA. So much for the birds, frogs, things that creep and crawl that eat on insects. It only takes a caring heart to understand and take proper action. But his lot is cast with another, so he is very oppositional and puts down when he should be letting families and businesses know how much savings there is for going solar, buying new heat pumps, electric vehicles, weatherizing homes and such.

There is a lot of correlation – a real link- between counties in economic distress with problems that need to be fixed — broken families, high suicide rate, high addiction rate, high per capita incarceration rate, and from 1/3 to 1/2 of the of the children in SWVA not being raised by the biological parents. The American Rescue Plan of 2021 which he voted NO on carried a lot of economic help for merchants, families, for states and counties….Made possible counties and cities balancing budgets, good raises for law enforcement, teachers and others as well as for some to purchase fire, rescue and police vehicles. There was extra money for individuals and dependents to help keep the economy going when things were shut down because of Covid 19 and no vaccine at the time.

So on the many chances where he could have voted to help SWVA economically, voted for more resources for mental health, building addiction treatment centers, investing in our infrastructure, chip manufacturing , our health, wellbeing, much needed raises for teachers and law enforcement, and pull some families out of economic hardships, he voted NO. He did get lots of photo ops in the papers after the flooding. Soon he will appear again all over SWVA with a million dollar (taxpayer money) checks to localities so he gets his pictures in the papers. He counts on the photo ops, not his record or his work to carry him over the finish line. He doesn’t even live in the 9th CD that he represents.

No gains with him, so let’s make a change as quick as we can. We deserve better representation–someone who treasures SWVA , all its people.