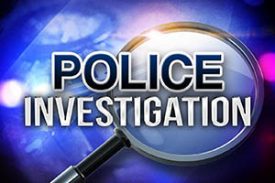 Initial callers reported at least one person with a gun. Upon arrival officers located 4 involved parties, two adults and two juveniles. The altercation began as a domestic argument and one juvenile did draw a firearm during the dispute, but no shots were fired, and no one was injured during the dispute.

Officers recovered the weapon involved in the altercation, as well as a second weapon from a vehicle belonging to one of the involved parties. As a result of the investigation, one adult, Misty Dawn Osborne, age 41, of Christiansburg, was arrested for obstruction of justice. She was released on an unsecured bond. One juvenile was also detained and referred to the Juvenile Court Services Unit for charges of carrying a concealed weapon, brandishing a firearm, possessing a firearm under the age of 18 and domestic assault.

The Town of Christiansburg would like to thank the community members who acted quickly to call in the disturbance, and the rapid, professional response by Christiansburg officers and their colleagues at the Montgomery County Sheriff’s Office, who were able to contain the situation before it escalated further. We would also like to extend our gratitude to the Blacksburg Police Department for covering other calls in the Town of Christiansburg while our officers responded to the incident at Wal-Mart.