Santa Through the Years 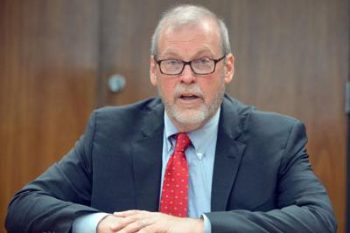 Christmas is a time of tradition and ritual, both religious and secular.

For Christians like myself, it is a time to celebrate the birth of Jesus Christ. We do so with church services, hymns, readings, and other religious observances.

But Christmas also has developed traditions outside its religious aspect, or which may have once been connected with Christianity but no longer possess a religious character.

The figure of Santa Claus is perhaps the most obvious example. Christmas is a season of miracles – the virgin birth, the Star of Bethlehem, and so forth – and how a Mediterranean holy man of late antiquity became the red-suited gift-giver of modern Western culture surely fits in the season’s theme of the unlikely taking place.

There is little definitive record of Saint Nicholas, the historical figure who provided the basis for Santa Claus, According to History.com, he is believed to have been born around 280 A.D. in modern-day Turkey. The stories that surround him praise his generosity and kindness toward the poor, the sick, and children. The day he is believed to have died, December 6, is celebrated as a feast day by the Catholic and Eastern Orthodox Churches.

Saint Nicholas became the patron saint of children and sailors, among others, and was adopted as a patron saint by countries and cities as well. His relics were venerated, and he garnered popularity across Europe, including the Netherlands, which proved to be a key stop on his journey into American popular culture.

In the Netherlands, Sint Nikolaas, as he is known in Dutch, or Sinter Klaas for short, was said to leave gifts for children on his feast day. Not yet the portly presence we recognize, Sinter Klaas was portrayed as a white-bearded man dressed in red clerical garb.

This version of the Saint Nicholas legend came to North America with the seventeenth-century Dutch settlers of New Amsterdam, renamed New York when acquired by the English, and was celebrated for centuries before it gained a wider foothold in our country’s imagination.

In the early nineteenth century, one of the young country’s leading authors introduced a version of Sinter Klaas to a larger audience. Some of the products of Washington Irving’s pen, such as Rip Van Winkle and the Headless Horseman of “The Legend of Sleepy Hollow,” remain well-known to us today. Irving was a New Yorker familiar with the region’s Dutch culture. He helped shape the image of Sinter Klaas, describing a version of the saint who flew in a wagon from house to house, dropping presents for good children down their chimneys.

In 1823, “A Visit from St. Nicholas” was published. Better known by its opening line, “Twas the night before Christmas,” the poem was written by Clement Clarke Moore for his children. Moore did not take credit for its authorship at first, but his creation introduced still more details we recognize today, including a sleigh pulled by eight reindeer as his vehicle instead of Irving’s wagon.

As the modern portrait of Santa Claus took shape in words during the nineteenth century, it was matched by illustrations. Thomas Nast was a cartoonist famed for his political work. His legacy includes the identification of the Republican Party with the elephant, matched against the Democratic donkey. And it includes a Santa Claus that largely fits how we think of him. Nast’s cartoons for Harper’s Weekly portray Santa as large and white-bearded, cheerfully distributing presents.

If Nast helped to settle the image of Santa Claus, the Coca-Cola company propagated it. Its colorful ads, drawn by Haddon Sundblom, from the 1920s onward, portrayed a jolly, rotund, red-cheeked Saint Nicholas inspired by Moore’s poem. These ads were in magazines such as The Saturday Evening Post and National Geographic. They always featured Santa and a bottle of Coca-Cola. Through the years they produced many advertising items with the Sundblom Santa from metal trays to dolls.

The popular conception of Santa Claus has evolved over the years, but the consistent association of Saint Nicholas and kindness speak to the lasting meaning of the Christmas season. I will let Santa, as portrayed in “A Visit from St. Nicholas,” have the last word:

“Happy Christmas to all, and to all a good-night.”