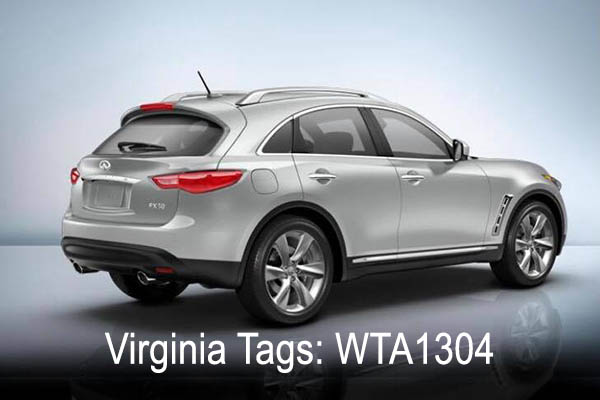 ***WANTED****USE CAUTION*** On April 21, 2021, at approximately 3:30 p.m., the Pulaski County Sheriff’s Office responded to 6711 Oxford Ave in the Fairlawn Section of Pulaski County in reference to a possible deceased person inside the residence. Upon arrival, units found a female later identified as 60 year old Sandra Lee Mangekian, of 6711 Oxford Avenue, deceased with a suspicious cause of death.

During the investigation it was learned the victim’s vehicle was missing from the residence as well as a firearm and ammunition. The victim’s vehicle was located at another residence within the Fairlawn Area where it was learned the unoccupied residence had been broken into and a 2013 Infinity SUV with a Virginia Registration of WTA1304 was taken. The Infinity SUV is an FX3 Model and silver in color with no other identifiers available at this time.

The Pulaski County Sheriff’s Office has a person of interest in this suspicious death and is asking for the public’s help in locating the whereabouts of 26 year old Cory Steven Mangekian. Cory is described as a white male, 5 foot 3 inches tall with brown hair and brown eyes. Based on the information we have, Cory has a tattoo on his right forearm with no other identifiers known at this time.

Cory Mangekian was last known to list himself as homeless while in Texas for a short period of time but has lived in both Florida and New Hampshire. Cory is believed to have left the area in the 2013 Infinity with an unknown destination, but is considered both armed and dangerous.

If you know Cory or his whereabouts, contact your local law enforcement as he is currently wanted for Felony Unauthorized Use, Felony Breaking and Entering and Felony Grand Larceny, with additional charges possible in the future.

Attached is the most recent photo of Cory Steven Mangekian to include a photo of a vehicle similar to the 2013 Infinity he may be driving.

Updates will be made available as we receive credible information and what is released does not jeopardize the ongoing investigation. At this time we have nothing further.