David H. Akers, 69 of Radford, VA passed away on October 16, 2020 at Carilion Medical Center, after an unexpected medical emergency.

David served in the US Army, during the Vietnam War. He was awarded the Good Conduct Medal, the National Defense Medal and several marksmanship awards. After that he worked for Adams Trucking for 40 years. He was a loyal employee and loved driving the large construction vehicles.

David was known for his kindness, imagination, compassion and his loyalty to his family and animals. His death is a big loss for all who knew him.

The family will receive friends on Tuesday, October 20, 2020 at 2:00 p.m. in the Chapel at Horne Funeral Home, with visitation being held one hour prior. Interment will follow in Sunset Cemetery. 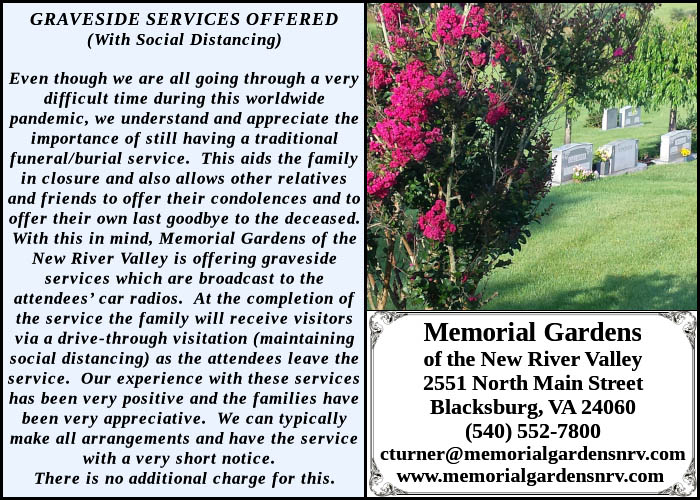