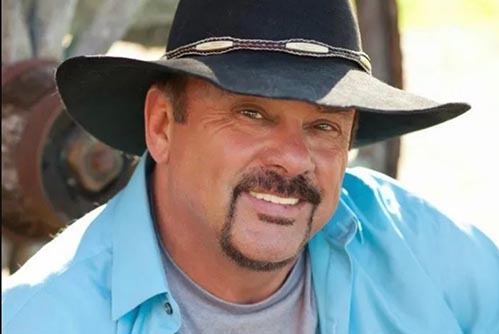 Nashville recording artist and 2018 inductee to the Independent Country Music Hall of Fame Jimmy Parker is a true-blooded country music singer. He has stayed true to his roots since he started pursuing country music for a career.

Today, he not only now sings but acts as well having appeared in the hit TV shows, “Nashville” and “Still The King,” and some movies such as “All Saints,” “Ennuati,” and “ Old Story.” He’s also a star on the hit NCS (Nashville Country Stars) TV show called, “Hicksville Junction,” which can be seen on ROKU TV. He’s appeared in a music video by Reba McIntyre called “Back to God.”

His travels have taken him around the world. He has performed in over 28 states for house concerts, theaters, casinos, listening rooms, cafes, etc. He has also performed in South Korea for the troops stationed there, and had a 12-day tour in Australia, capping that tour off with some performances in Tamworth, New South Wales, which is known as the home of the largest country music festival in the world.

Friday Night Outdoor Concerts on Henderson Lawn are presented by Virginia Tech and the Town of Blacksburg as part of the 2021 Summer Arts Festival. All events are free.

In the event of inclement weather, this event will be canceled.