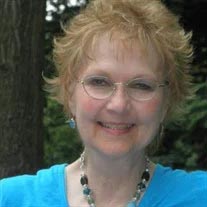 Max Kathleen Lindsey Young (Kathy), also known as Rainbow the Clown, (aged 75) of Yadkin County, NC, went to be with Jesus on May 21, 2020. Due to the Corona policies, the hospital would only let two people be with her as she passed. Kathy’s youngest daughter and son-in-law sat with her while her other children and best friend joined online. The tender moment of her final hours on Earth was celebrated with the reading of Scriptures, the singing of worship songs, playing her favorite music, and sharing memories.

Having lived with post-polio syndrome and other health conditions, Kathy lived a life of debilitating, chronic pain since she was a teenager. During her final years, she confronted stage 4 chronic heart failure, stage 4 lung cancer, and respiratory failure. She is finally pain free, dancing in heaven with Jesus and her husband, who passed only 7 months prior.

Kathy was born in Oklahoma City, OK, on April 17, 1945, but considered Boulder, Colorado to be her true home. She had been a runner up in Miss Teenage Colorado and majored in musical theatre at Mars Hill University. As a young woman, she used her beautiful voice to record an album entitled Walking in the Sunshine of His Love.

She and her husband pastored numerous churches all over Colorado and North Carolina and served as missionaries overseas and in the U.S. At every Church her husband pastored, Kathy served as choir director and theater director. She believed in expanding the walls of the church in creative ways through music and theater. She incorporated a number of activities that served both the church and the community, including handbell choirs, puppet teams, and women’s ministries, and she never judged anyone who walked through the door, whether they were homeless or wealthy. Our parents loved each and every person and saw nothing more than a child of God in everyone. Her love, kindness, and compassion stretched out by becoming a mentor to dozens of people, to the point of bringing some in as extended family. They were a dynamic duo!

Early on, Kathy worked for a short time as a private investigator. This taught her how to read people, helping her to carefully navigate the public school system. Kathy served as a teaching assistant and an in-school suspension moderator at a number of schools. She was also responsible for directing numerous plays in musicals. Then after many years, she finally retired from West Yadkin Elementary School, when she unexpectedly realized her most notable accomplishment: teaching children to read. And so, in classic form, she developed a reading program where a portion of the school library was later named in her honor.

For 20 years Kathy’s favorite role was as “Rainbow the Clown” for the family business, Premier Clowns Unlimited. She thrived off seeing the children’s faces light up and could never enforce the company policy of only one balloon per child. Even with her hands crippled with arthritis, if a child wanted just one more balloon, she would always twist just one more balloon and stay just a few more minutes for that extra little joy to give a child. This was where you saw her heart in the biggest way.

As a survivor of polio, the doctors warned she could never have kids, but she was determined to fulfill her lifelong dream of being a mother and grandmother. This was her greatest joy. She was a tender, compassionate, and nurturing mother, but also a strict disciplinarian we respected and for whom we grew to be thankful later in life. She always had a word of encouragement for every moment of our lives and was ready to wipe away our tears, always rising to the occasion of whatever we needed. Constantly pushing through her pain, she had the strength of a lion and the perseverance of a warrior. Despite debilitating pain, she always had a smile on her face, and always had a wisecrack to make; she held herself with such amazing grace, dignity, class, and poise. She continued to amaze us everyday with her zeal for life and will to live. Even now, she continues to be a source of inspiration for everyone who knew her, as she was the poster child for strength, integrity and character! Her fun-loving, joy-filled presence and smile would light up a room. Throughout every circumstance she continued to praise the Lord and set an example for all of us. She set the standard for what it means to be a wife, mother, and grandmother.

Kathy was a charismatic, outstanding, genuine, inspiring, kind, encouraging, loving, virtuous woman of God, with one of the most interesting lives of anyone we have ever known. To know her was a privilege, to know her was to instantly fall in love with her, and to meet her was simply a blessing as she made an everlasting impact on many. With her gift of encouragement, she was born to change the world one person at a time, and she accomplished that right up until the minute the Lord called her home. She was keenly aware that each person who came into contact with her (whether it be a janitor, a bill collector, nurse, or a doctor), was sent to her by God…another friend to make, another soul to nurture and be nurtured.

Even though we are brokenhearted, we rejoice in God and thank Him even in this time of grief, knowing that this was His plan and it was time for Him to call her home. He truly has ordained every minute of her life. She had an amazing journey here on Earth, and she will be missed by her family and hundreds of friends. The world is a better place because of her.

Mother, we love you more than words can express. We are blessed because God chose you to be our mother and grandmother. You have fought the good fight, you have finished the race, you kept the faith. Now there is in store for you the crown of righteousness, which the Lord, the righteous Judge, has already awarded you when you entered His kingdom on Thursday night. (2nd Timothy 4: 7-8)
We will plan a celebration of life service when everything opens up in her hometown of North Carolina.

Written by one of her daughters, Shannon Habas.

Memorials: Kathy was not a fan of flowers however she absolutely loves balloons! In lieu of flowers please send balloons or please make a donation to: