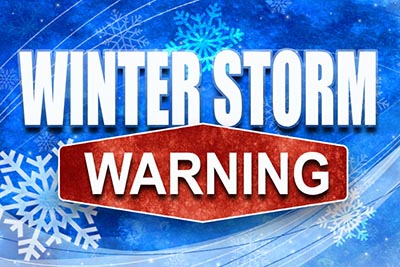 A vigorous upper-level disturbance will track along the Gulf Coast and into the Southeast U.S. tonight moving northeast along the South and North Carolina coast lines Sunday and then to off the Mid-Atlantic coast by Sunday night. This will result in a period of moderate to heavy snow Saturday night and early Sunday.

The heaviest snow will track from the high country of western North Carolina along the Blue Ridge and into central Virginia, or roughly from Boone to Blacksburg to Lexington. Snow amounts of 4-6 inches are expected in these areas and locations to the west with generally 1-3 inches east of this line.

The snow is likely to begin as rain across areas of the Piedmont east of a Martinsville to Lynchburg line and some sleet is also possible in these areas as well, which will reduce the snow amounts to less than 3 inches.

If you must travel, keep an extra flashlight, food, and water in your vehicle in case of an emergency.

The latest road conditions for the state you are calling from can be obtained by calling 5 1 1.