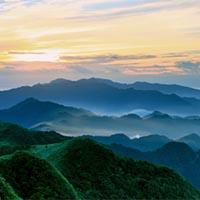 Among his numerous awards are the William E. Wine Award for Teaching Excellence at Virginia Tech in 1976, The National Paul J. Flory Polymer Education Award from the American Chemical Society in 2004 and was a Thomas C. Patrick fellow in the National Adhesion Society. He actively served in several international professional technical societies, had 159 publications and four books. In October of 2018 alumni, colleagues and friends in conjunction with Das Family Foundation of the St. Louis Community Foundation established the Dr. Thomas C. Ward Graduate Fellowship in Chemistry at Virginia Polytechnic Institute and State University.

In memory of a beloved husband, father, grandfather and a dedicated learner and teacher. Special thanks for the care of Warm Hearth at Home Caregivers and Carilion Hospice. Funeral Services will be held at 10:00 AM on Wednesday March 18 at the Blacksburg Unitarian Universalist Congregation, Reverend Pam Philips Officiating. The family will receive guests after the service until 1:15 PM in the church gathering room.

In lieu of flowers please donate to the charity of your choice or online condolences to mccoyfuneralhome.com. Arrangements by McCoy Funeral Home, Blacksburg.