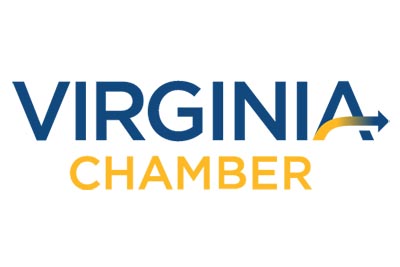 “At a time when small businesses face extraordinary obstacles and are in dire need of additional resources to lower costs, I am both shocked and deeply disappointed by the Governor’s decision to veto legislation that is so urgently needed for our small businesses throughout the Commonwealth.”

“For three years, the Virginia Chamber of Commerce has worked proactively with local and regional chambers, members of the General Assembly, the Governor and his Administration to fine-tune this legislation to meet the needs of our small businesses and their employees. With over 95% of business in Virginia being small business, we had hoped to deliver news that the financial relief, offered by Senate Bill 861, was on the horizon for implementation and, unfortunately, that is not the case.”

“The Governor misguidedly suggests that Senate Bill 861 would sacrifice the affordability of some plans at the expense of others. However, the fact of the matter is that these plans would lower the cost of health care for small businesses by 15-20% and are complementary to other ongoing efforts to expand access to health care for Virginians. This information was verified earlier this year to ease any surrounding concerns and as a result, the legislation was overwhelmingly passed by the General Assembly. The Virginia Chamber would like to commend the General Assembly for their leadership on this issue and thank our collaborative partners, including local and regional chambers throughout the Commonwealth, for their tireless efforts to support this small business relief.”

About the Virginia Chamber of Commerce

The Virginia Chamber of Commerce is the largest business advocacy organization in the Commonwealth, with more than 26,000 members. The Chamber is a non-partisan, business advocacy organization that works in the legislative, regulatory and political arenas to act as the catalyst for positive change in all areas of economic development and competitiveness for Virginia. In December 2017, the Chamber released an update to its long-term strategic economic development plan, Blueprint Virginia 2025, which engaged over 6,000 business and community leaders to lay out a plan to getting Virginia back to the top of national business climate rankings. Learn more at www.vachamber.com