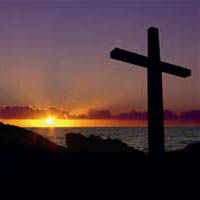 Grant started working various jobs as a teenager, including a tenure at The Virginian Pilot newspaper as a worker on the print line, and he eventually got his own neighborhood delivery route. After graduating from Maury High School in 1954, he studied as a draftsman at the William and Mary annex on Hampton Blvd.

Grant took much pride in the 31 years that he spent in his career at the Chesapeake and Potomac Telegraph company. In his tenure there, he made several lifelong friends and learned many skills of the trade during the early evolution of the communications industry. One of his proudest accomplishments was his contribution as a cable worker on the construction of the Chesapeake Bay Bridge Tunnel. Grant was a hardworking, kindhearted, and honest man. He loved a good joke and a hot cup of coffee.

He also developed a tremendous family of friends in the Pulaski community where he chose to retire. His fondest memories of his later years were the time that he spent with the local family there, close friendships, and the fellowship at his family worship center.

A funeral service will be held Wednesday, July 29th at 7:00 PM from the Stevens Funeral Home Chapel with Pastor Jeff Willhoite officiating. The family will receive friends Wednesday at the funeral home from 6:00 PM until the service hour.