The Repression of Communist-Run Cuba 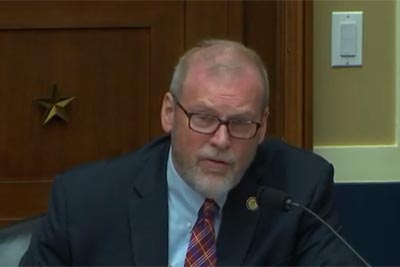 In Cuba recently, thousands of Cubans have taken to the streets in protest of the 62-year long socialist dictatorship. In response, the unelected government of Cuba has fired into crowds of protestors and cut off internet access on the island.

When all but a handful of communist countries have fallen or transitioned to more market-based economies, the leaders of Cuba continue to push their false narrative that a state-managed economy is what’s best for the Cuban citizens.

The Cuban government has had 62 years to deliver on their broken promises. But instead of cultivating a prosperous society, they have resorted to repression to keep their people in line.

In 2021, their authoritarianism has exacerbated economic and healthcare problems caused by COVID-19. As stated in a recent New York Times article, “Residents are used to long lines and recurring shortages of products in a country where the Communist government exercises near-total control over the economy. But the damage brought by the coronavirus pandemic has inflicted an economic disaster.”

The Cuban people have finally had enough.

To show my support for the protestors, I have cosponsored Representative Mario Diaz-Balart’s resolution expressing support for the Cuban people’s demand for basic human rights.

Representative Diaz-Balart, as well as Representative Alex Mooney, both had a front row seat to the dangers of communism. They both lived in the aftermath of their own family’s personal escape from the suppression of communist-run Cuba.

Representative Diaz-Balart’s father, Rafael Diaz-Balart, was a Cuban politician. He was elected senator in 1958. He was never able to take office due to Fidel Castro seizing power.

He was visiting Paris with family when Fidel Castro took over. They were never able to return to their home in Cuba. Fortunately, they were able to come to the United States and grow their family.

It was only by happenstance the Diaz-Balart family was out of the country, barely dodging the socialist takeover. Representative Diaz-Balart has shared, that he still has a wanted poster that was put out by the Castro Regime for members of his family.

Representative Diaz-Balart’s connections to the communist regime of Cuba go even farther than this though. Technically, he was Fidel Castro’s nephew by marriage. His father’s sister, Mirta Díaz-Balart, was Fidel Castro’s first wife.

Similarly, Representative Alex Mooney’s mother, Lala Mooney, was also a Cuban escapee. However, her later youth was spent in Fidel Castro’s Cuba. After reading her book, Leaving Cuba, I had the privilege of meeting Mrs. Mooney personally. She shared additional details about her life in Cuba and expanded on the experiences she conveys in her book. Mrs. Mooney saw the terrors of this government and opposed Castro’s communist regime.

In 1961, on the first day of the Bay of Pigs invasion, the regime invaded her home. Everyone over the age of 12 was arrested. Mrs. Mooney shared in her book that one of the scariest moments of that day, was fearing the regime may find her gun that she had hidden in the back yard. No one was permitted to own guns—except the government. “This is how communism works,” she shared at a 2019 Heritage Foundation event.

After her arrest, she was detained for nearly 2 months. Shortly after her release, when she was 20, Mrs. Mooney was finally able to escape Cuba with other family members, fleeing to the United States to begin a new life.

In 1999, while on a mission trip, Mrs. Mooney returned to Cuba to see a glimpse of the life she left behind. In her book, she recalls the devastation and ruin she witnessed when she visited.

The life of Mrs. Mooney and the Diaz-Balart family are not just stories of family history—they are personal stories about the ills of communism.

The current President of Cuba and First Secretary of the Communist Party, Miguel Díaz-Canel, is the first non-Castro to lead the country in over 60 years. Still, no change is currently in sight.

Thousands of Cuban people have taken to the streets to protest the communist regime for the first time in twenty-five years. With worsening living conditions, and severe shortages of basic goods and services, like food and medicine, the Cuban economy is crashing.

A sluggish to depressed economy is typical of most fully socialized countries.

History continually has shown that fully socialist and communist regimes resort to the repression of the people’s rights.

If you have any questions, concerns, or comments, feel free to contact my office. You can call my Abingdon office at 276-525-1405 or my Christiansburg office at 540-381-5671. To reach my office via email, please visit my website at www.morgangriffith.house.gov. Also on my website is the latest material from my office, including information on votes recently taken on the floor of the House of Representatives.