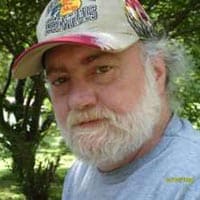 Ricky Lloyd Taylor, 64, of Clendennin Road, Narrows, VA, departed this life Sunday morning, March 31, 2019 at Lewis-Gale Montgomery Hospital in Blacksburg. Born in Pearisburg on August 13, 1954, he was a son of the late Theodore Andrew and Lillie Mills Taylor.

He was a veteran of the U S Marine Corps, a graduate of Giles High School (1972), and was employed at the Celanese Plant at Narrows. He was preceded in death by his parents, his brother Andy Taylor and his sister Darlene Stafford.

He leaves to cherish his memory his wife of 31 years Sandra Harry Taylor; his son Matthew Caleb Taylor of Salem, his daughter Erica Taylor Alls of Narrows; his sister Susie Harvey of Colonial Heights; and his grandchildren Malachi Alls, Guinevere Alls, Athena Alls, and Elijah Taylor, and his sister-in-law Carol Taylor of Narrows.

Funeral services will be conducted Wednesday, April 3, 2019, at 1:00 pm in the Kendall Funeral Home, 605 Snidow St., Pembroke with Pastor Eddie Kendall officiating. Burial will follow in the Southwest Virginia Veterans Cemetery in Dublin. The family will receive friends at the funeral home one hour before the services. Online condolences may be sent by visiting kendallfuneralhome.com