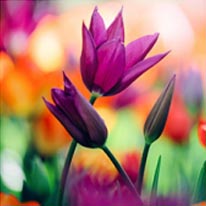 Loretta Beaver Stigger, 80, passed away on Friday, August 12, 2022, at her home in New River. She was born in Floyd, Va., the daughter of the late Ophus and Rosa Beaver of Floyd.

In addition to her parents, she was preceded in death by her beloved husband of 50 years, Governor Shead Stigger, Sr.; son, Governor S. Stigger, Jr.; and grandson, Jason L. Stigger.

The family will receive friends from 12 until 1 p.m. on Wednesday, August 17, 2022, at the Mullins Funeral Home in Radford. Graveside services will follow at 1:30 p.m. in the New River Cemetery.

In lieu of flowers, Loretta would be honored by donations in her memory to St. Jude’s Childrens Hospital or to the American Diabetes Association.

The Stigger family is in the care of Mullins Funeral Home & Crematory in Radford. www.mullinsfuneralhome.com