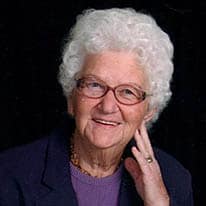 Her first job was at Natural Bridge Hotel and then she worked for over 40 years at Celanese Corporation in Narrows, Virginia until she retired. She was a member of First United Methodist Church in Narrows and never met anyone she didn’t like. Her favorite things to do involved working in the garden, mowing, and sitting in the sun; and especially her yearly beach trips with her daughter, granddaughter and son.

We would like to thank Heritage Hall in Rich Creek, Virginia where she spent her last two months.

Visitation will be Tuesday January 18, from 10 – 11 at Givens Funeral Home Pearisburg, Va. Funeral will follow at 11am with Pastor Faye Asbury officiating. Burial will be in Birchlawn Burial Park in Pearisburg.

In lieu of flowers, donations may be made to St. Jude’s Research Hospital in Memphis, Tennessee. Online condolences can be sent to the family at givensfuneralhome.com