Smusz to Retire from NRCA 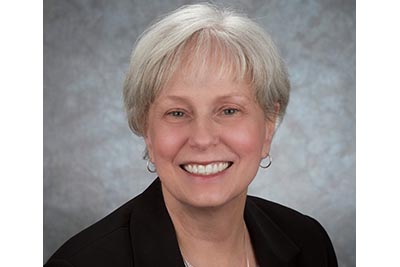 The New River Community Action (NRCA) Board of Directors has announced the retirement of Ms. Terry Smusz, Chief Executive Officer, effective the end of June 2021.  Smusz has served in the CEO position for thirty-two years.

“It was with sadness that we received the news that Terry will be leaving, and we all wish her the very best for a well-deserved retirement,” stated John McEnhill, Chairman of the NRCA Board of Directors.  “The board is committed to finding a successor that will continue the impressive legacy of strong, effective leadership, comprehensive community partnerships, advocacy, and service to our communities that Terry has given us.  Terry’s unwavering dedication to NRCA for over three decades, extends to working with the board and staff to ensure a smooth transition.”

NRCA is one of approximately 1,000 Community Action Agencies nationwide established as part of President Lyndon Johnson’s War on Poverty.  The agency administers numerous programs that meet basic needs, impact school readiness, strengthen families, and promote economic stability, with operations in Floyd, Giles, Montgomery, and Pulaski Counties and the City of Radford. NRCA manages over $7,000,000 in annual revenues, employs 120 full and part-time staff, and serves over 8,000 residents each year with the help of more than 2,000 volunteers.

Reverend Morris Fleischer, Pastor of Newport-Mt. Olivet United Methodist Church and Chairman of the To Our House Policy Council, stated,  “When we started the process of creating a program to provide thermal shelter for homeless men in the NRV twelve years ago, Terry was right in the middle of it, sharing her expertise and offering us guidance.  NRCA’s partnership with us has been invaluable to the success of the program.  I think I reflect the thoughts of the other Policy Council members and speak for the hundreds of homeless men and women who have come through our doors in saying we that will be forever grateful for Terry’s leadership and advocacy.”

The NRCA Board of Directors will begin a nationwide search for a new CEO later this month.