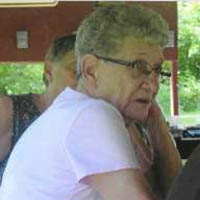 Rebecca Ann Perkins Smith, 78, of Narrows, VA departed this life Tuesday, January 14,2020 after a courageously fighting illness under the care of Carilion New River Valley Hospice, surrounded by those she loved. Ann was born in Narrows, VA on February 10, 1941 to the late Nelson “Wink” and Dorothy Robertson Perkins. She is preceded in death by her parents and a sister Marie Hare.

Ann completed a two year college degree from which allowed her to serve the preschool program in Narrows, Virginia

The Kendall Funeral Home in Pembroke is in charge of the arrangements. Online condolences may be sent by visiting kendallfuneralhome.com.