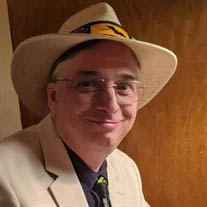 Raymond Sira, 60, of Shawsville, VA, died as a result of a sudden accident at his home on September 25, 2022. Ray was born on November 28, 1961, in Raritan, New Jersey. Ray graduated from Bridgewater-Raritan High School West and Somerset County Vocational School in Bridgewater, New Jersey. In addition to his studies in electronics, he was a tenor in the choir, advanced choir, and Cavaliers.

Ray’s sense of adventure started very young with him crawling through the storm sewers in front of his childhood home, then later going on trips with his dad to real caves. He fell in love with caves and the caving community, leading to a lifelong dedication and passion that shaped the rest of his life.

Ray’s adventures continued with his love of motorcycles. A highlight was riding his bike cross-country to a National Speleological Society (NSS) Convention.

During his younger years, Ray was an active member of the Northern New Jersey Grotto (NNJG), a local caving club, where he held positions as Treasurer, Vice Chairman, Chairman, and Editor of the NNJG’s newsletter Speleothemes.

Ray left New Jersey and moved to the New River Valley area of Virginia in 1993 to be near the caves and cavers he grew to love. He soon took a job at Virginia Tech. Although he was a seasoned caver, he decided to attend the VPI grotto’s training program and officially joined the VPI Cave Club as member 356 in October 1995. He became a life member of the grotto in spring 2011. Ray would gladly help take new students caving, graciously passing on his knowledge of caving skills and practices. Ray was thanklessly dedicated to the caving community. He participated in practice rescues, assisted in several cave search and rescue incidents, and often helped with cave and road cleanups. Ray is in the yellow suit on the cover of the NSS’ Caving Basics book.

Ray was a lifelong NSS member where he managed to be both Secretary and Treasurer of the NSS Vertical Section for many years. He also ran the Vertical Section climbing contest at NSS Conventions. Countless young cavers have learned vertical caving techniques from Ray, always in a safe and thoughtful way. Ray was also the Giles County, Virginia, coordinator for the Virginia Speleological Survey, for several years. As an accomplished caver, there are many stories of harrowing adventure that involve Ray, a cave, and some combination of misfortune and excitement followed by a little luck, skill, and good company.

Ray was a great guy, one of those folks who does things, often in the background, without expecting recognition. His enthusiasm for service, willingness to help, infectious (and goofy) laugh, and all around positive attitude made Ray beloved by all. There isn’t a person around who met Ray and didn’t like him. Ray entertained us all with his amazingly complex and creative Halloween costumes and never missed an opportunity to send a Christmas card to a friend. We are lucky for the adventures we shared with him, the service he shared with his community, and the memories we have of his time here with us. He will be sorely missed by his family, friends, and the caving community.

Ray’s love for his family was felt by all. He never forgot anyone on their birthdays or at Christmas. He was dedicated to helping his mom and dad as they aged, often spending his vacation time with them in Pennsylvania.