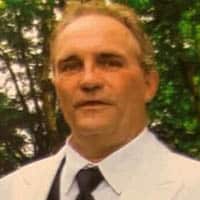 Donald (Ray) Sigmon, 62, passed away Friday, November 18, 2022, at his home in Vinton. He was a loving father to his two daughters, Ashley and Whitney; and grandfather to Kristen, Kristianna, Abby, Skylar, Alanna, and Daniel.

Ray was a stranger to no one and the jack-of-all-trades. He loved football and was a huge Miami Dolphins fan.

He is survived by his two girls, Ashley (Chris) and Whitney (Daniel); Grandchildren, Kristianna, Abby, Skylar, Alanna, and Daniel; brother, Ricky; sisters, Taynia and Kay; and many other relatives and friends.

A memorial service will be held to celebrate his life at 1 p.m. on Tuesday, November 29th, 2022, at Lighthouse Bible Church in Vinton.

The Sigmon family is in the care of Mullins Funeral Home & Crematory in Radford. www.mullinsfuneralhome.com