Second Round of Blacksburg Bucks to be Offered 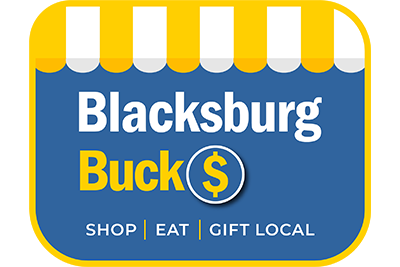 Blacksburg Bucks gift certificates are currently sold out due to an overwhelming response. The total amount of Blacksburg Bucks sold was $200,000; CARES Act revenue funded half of that amount.

The good news is that a second round of Blacksburg Bucks (another $200,000) will be available to purchase in early December. We hope that will satisfy the demand. In total, the program will infuse $400,000 into the local economy.

For the first round, instructions were given online to call ahead for large orders, and a significant number of calls were received. For the second round, the process will be changed slightly, so that pre-orders can be made beginning Tuesday, December 1 by calling any of the six National Bank locations. Certificates will then be available to pick up as early as Tuesday, December 8.

Thank you for your patience and support of the Blacksburg Bucks program.