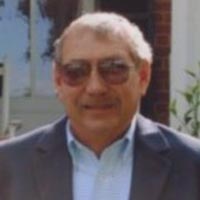 James Madison “Mat” Reynolds, age 75 of Pulaski passed away Wednesday, December 4, 2019 at the Lewis-Gale Hospital, Pulaski. Born September 4, 1944 in Hillsville, VA he was the son of the late James Edgar Reynolds and Gladys Bunn Reynolds. His sister, Norma Puckett and nephew, Kenneth Puckett also preceded him in death.

James was a veteran of the United States Army and was retired from the RAAP with 38 years of service.

Many nieces, nephews and cousins

Memorial services will be held 6:00 PM – Monday, December 9, 2019 at the Bower Funeral Home-Chapel, Pulaski with Rev. Johnny Howlett officiating. The family will receive friends one hour before service time Monday at the Funeral Home.

Bower Funeral Homes, Pulaski is handling the arrangements for the family.