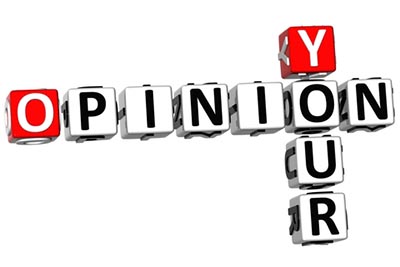 An op-ed was recently written to a news organization in response to my post concerning the City of Radford Aquatic Center Contract. This was a reaction to my Facebook group post.

While they question my intentions, my goal is to obtain a general consensus from other residents and businesses within Christiansburg. My reason for serving on Council was to bring a voice to the overlooked and bring an end to the deaf ears (I.e.- Starlite decision, Farmer’s Market issues) of Council, and for this the established are not happy. Another goal while serving was to add transparency. Its sole purpose is so taxpayers can clearly see where their funds are spent. For this, I will never waiver.

I will attempt bring to light a different look on the overall financial picture. This is so that we do not keep running a deficit for the unforeseeable future. Deficits always are covered by someone and somehow. There is no free “lunch”. I do not feel it is my place force my opinion on others but to seek out the opinions of those I was elected to represent. I quite was surprised that an Aquatic Center Advisory Board Member would attack me and call the Radford attendance numbers I gave “misinformation.” As a result, I feel I should clarify and share my thoughts as a rebuttal to her.”

First, I’ll start with the economic impact numbers that she cited, they were are reported as $45 million over the course of 10 years. How are these economic impact numbers are derived? These are numbers are based on complex formulas, which have evolved and honed to address a community’s changing conditions. As for the Aquatic Center, much of its impact is based on swim meets. These numbers were never called into question. The question remains, how do we operate off deficit vs the current $1.3 million annual deficit? To have a civil and constructive conversation should not be “questionable or misinformation”.

The formula the Christiansburg Aquatic Center (or CAC) uses includes factors like the size of the swim meet, the age of attendees, whether or not they arrive on a bus or in a private vehicle, where they are from and how long the meet will be in town among other factors. These factors are then weighted.

In other words, the impact numbers are estimates rather than concrete figures, since no one can really ever know. (That’s the bottom line if we want to cut to the chase, we hope that more tax dollars due to spending of shopping, lodging and meals occur than $1.3 million deficit incurred each and every year.) Yes, the CAC is a wonderfully equipped pool facility and fine amenity to have in the town, it is enjoyed by many in the area.

A second fact presented in her article, this was that the CAC covered 44.06% of its costs over a 10 year period! Wow, by self-admission it failed to cover 55.94% of its own costs! She inadvertently argued my case! Where would does the other half come from I wonder? Answer, higher taxes for residents, visitors and businesses! The burden will be worse if the same reasoning is used for the park. I want a park that will be net positive and not another burden on the residents and business community.

Here are the facts on the ground: If you are a Christiansburg resident and want to use the Aquatic Center on a day pass, you will need to pay $5 upon entry, regardless of the amount of taxes you may or may not pay the Town.

We are running a pool for anyone and everyone to use while financing it with HIGHER Town tax burdens!

It is my position that the Town Council has a responsibility to work to close that gap. One way to do this is by working with other localities that enjoy the CAC and ask them to pay a more realistic percentage of the cost of running the facility. To do this will ensure not just a value for their residents, but also fairness to ours.

I hope this clarifies my position. In the future I hope that if the writer has questions or concerns about my opinion, she would approach me to discuss it rather than misrepresent my personal thoughts in a newspaper op ed.

Here Are The Numbers:

10 Years of Operation of Aquatic Center:

What if $4.5 million of spending occurred on meal or lodging every year, doesn’t that cover the deficit? At the current 7.5% meals tax that would only generated $338,000 per year! (Still have a $6.6 million deficit even with the economic impact!)

What if the economic impact was spread out over many businesses and industries, doesn’t that help? The only industries that benefit the towns Tax revenues is lodging and meals. Only these sources directly help the Town to cover the deficit as suggested by others. Virginia Sales Tax generated within the Town of Christiansburg, does not assist the Town’s budget. The 1% Local tax is given to Montgomery Co and the County decides how to distribute these funds.