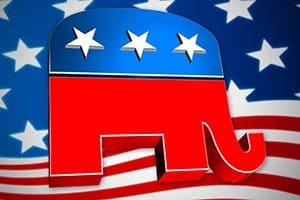 On Sunday, April 25th, the Republican Party of Virginia (RPV) State Central Committee (SCC), the governing body of the state party organization, unanimously adopted a religious exemption to accommodate early voting for Orthodox Jews and Seventh-Day Adventists whose religious obligations prevent them from voting at the RPV State Convention on Saturday, May 8th. This change in convention rules will permit early voting on the previous day, Friday, May 7th, from 3:00 PM – 6:00 PM for those people of faith who observe the Sabbath on Saturday.

Rabbi Moshe B. Parnes, Southern Regional Vice President of the Coalition for Jewish Values (CJV) stated that “we appreciate that the Chairman and members of the SCC were concerned and responsive once they understood that observant Jews would have been disenfranchised without a creative solution.”

Additionally, Republican Party of Virginia Chairman Rich Anderson stated that “RPV appreciates the invaluable counsel and assistance of CJV, which is headquartered in Baltimore and represents over 1,500 Orthodox rabbis in matters of public policy. By collaborating together, RPV’s governing body unanimously approved a religious exemption and accompanying process that respects religious freedom and practices, enfranchises voters, and honors the basic fundamental right of all American to vote. We are also grateful for the advice and thoughtful counsel throughout this process of four Orthodox rabbis who lead four Jewish congregations across Virginia.”

In other business, the SCC approved final rules for the Republican Party Convention at some three dozen dispersed locations across Virginia from 9:00 AM to 4:00 PM on May 8th. Final arrangements are currently underway to host more than 40,000 registered convention delegates.

In looking to May 8th, Anderson further stated that “we look forward to fielding three world-class nominees for governor, lieutenant governor, and attorney general, a full month before Democrats nominate their candidates. I especially look forward to November 2nd, when Virginians elect three great Republicans who are committed to opening Virginia schools and businesses, restoring the sagging McAuliffe-Northam economy, and fixing the state parole board scandal that began under McAuliffe and continues as a cover-up under Northam and General Assembly Democrats.”

For more on the RPV State Convention, go to www.virginia.gop/2021-nomination.