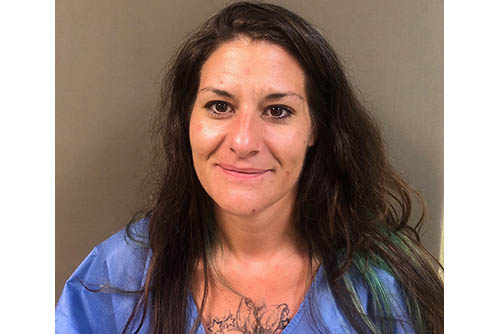 On August 21, 2020 at 3:35 p.m. a Radford City Police Officer tried to initiate a traffic stop of a blue Honda on Tyler Avenue. The driver of the vehicle refused to stop and a pursuit ensued. The pursuit went through Montgomery County, the Town of Christiansburg and ended when the offender wrecked the vehicle on I-81 Northbound at mile marker 118C.

“We are thankful that nobody including the offender was seriously injured during this vehicle pursuit. This is an excellent example several agencies working together to bring this pursuit to an end. We express our appreciation to the Montgomery County Sheriff’s Office, Christiansburg Police Department, and Virginia State Police for their assistance during this vehicle pursuit.” Chief Dodson stated.

Ms. Lee is being held at the New River Valley Regional Jail on no bond. No further information will be released at this time.