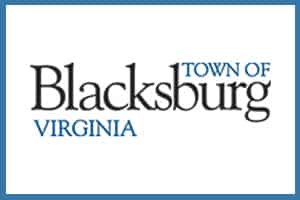 Incidents of race-based police violence in the past weeks have roiled communities worldwide, and the Town of Blacksburg is no exception. Our streets have been the scene of five demonstrations and a press conference, sponsored by members of the Dialogue on Race with local law enforcement agencies. Over a thousand citizens have participated in these peaceful actions, which took place with the protection of Blacksburg Police officers.

The Blacksburg Police Department has been nationally accredited since 1993. This accreditation comes through the Commission on Accreditation for Law Enforcement Agencies (CALEA). In 2016, the department received Gold Standard Reaccreditation with excellence, the highest possible distinction. This spring, the department underwent a full assessment to update its accreditation status; the process will be complete in July. Our officers are trained in de-escalation, and the public record reflects this. In Virginia, unlike other states, there is no collective bargaining for police agencies, so there is no union contract.

Even so, people have shared their concern about policy, practice and police culture locally. Citizens need to know that their elected officials, police officers and town staff are committed to them, and not complacent. In Blacksburg, as elsewhere, we will advance the unfinished conversation that revolves around privilege, policing, and institutional racism.

What will community policing look like in decades to come? Are there other ways to protect and serve our citizens? For example, can some of the burdens of providing mental health services be shifted to agencies that are more appropriate? What exactly do our residents expect from their police? How does a college town differ in its needs?

This is an effort that will take imagination, as well as courage, during a time that is fraught with anxieties of many kinds, from the demands of COVID-related isolation and job losses, to lack of childcare and schooling. It will require faith in the process and in each other.

The residents of Blacksburg can be assured that we will be working from strength – the strength of relationship and of knowledge – as we continue the difficult task of examining our shortcomings and maintaining a community that is safe and welcoming to all.