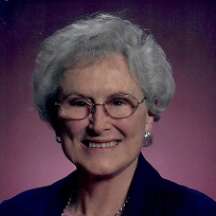 Mrs. Powell was a graduate of Moody Bible Institute in Chicago, IL in the mid-1950’s. She and her late husband Harry served the Lord in South America for 22 years as missionaries.

Family and friends will be received in the Church of the Open Door 1 Church Ave., Connellsville on Thursday from 3:00 P.M. until 4:00 P.M., the hour of funeral services in the church with her son, Rev. Harry Powell officiating. Interment will be in the Newport Cemetery, in Newport, VA on Friday, February 21, 2020 at 3:00 PM.

In lieu of flowers memorial contributions are suggested to the Church of the Open Door, 1 Church Ave., Connellsville, PA. 15425 in memory of Norma Janet Powell.

To offer a condolence or remembrance please visit www.kendallfuneralhome.com