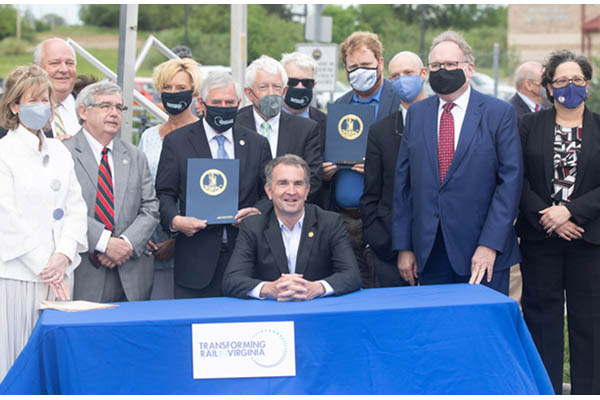 In 2021 Governor Northam signed the New River Valley Passenger Rail Station Authority legislation into law. Since the law went into effect in July local governments and higher education institutions in the region are collectively going through the steps to establish the authority.

It is important to point out, the authority would likely own and maintain the station in the region, while Amtrak would operate the passenger rail service.

Currently, the VA Department of Rail and Public Transit (DRPT) is evaluating potential station locations in the region. While the state is leading that process, the local governments and universities are being proactive by establishing the organizational structure needed to host service in the region.

The Regional Commission is providing the administrative support to create the authority. Over the next couple of months governing bodies will be taking action to establish the authority by adopting local ordinances and executing agreements.