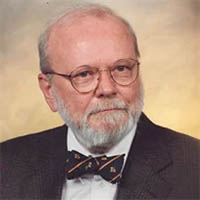 Johann Albert Norstedt, age 83, of Blacksburg, passed away on October 28, 2020. He was born on July 9, 1937 in Kulpmont, Pennsylvania, the son of the late Elva M. And Eric O. Norstedt. He was preceded in death by his wife of 38 years, Marilyn; brother, Gustaf D. Norstedt; sister, Jane Norstedt Johnson. He is survived by several nieces, nephews, special cousins, and many friends.

He graduated from Kulpmont High School in 1955 and received his B.A. (with honors in English) in 1959 and an M.A. in 1961 from the University of Pennsylvania; he received his Ph.D. in Anglo-Irish studies from the National University of Ireland in 1972. He taught at Temple University, the American University of Beirut, and at University College, Dublin, before joining the English Department at Virginia Tech in 1972.

He taught a variety of undergraduate courses at Virginia Tech, including business writing, modern drama, and Irish literature, and on the graduate level gave seminars in the work of the poet William Butler Yeats. His publications included a biography of the Irish writer, Thomas MacDonagh and several articles on Irish and Irish-American literature. He presented papers and chaired sessions at meetings of the Modern Language Association, but mainly devoted his professional time to the American Conference for Irish Studies, an organization which he served for many years as its national secretary; he twice organized annual ACIS conventions, in Blacksburg in 1974 and in Roanoke in 1999.

Johann had a genial personality and sense of humor, and these qualities, coupled with his abilities, led him to a career of service at Virginia Tech. He served as undergraduate chair of the English Department, as the department’s director of advising (one year receiving the Virginia Tech alumni advisor of the year award), supervised the conversion of the department’s curriculum to the semester system, and in 1997, he became department chair, a position he served in until his retirement in 2002.

He also served the university in other ways, as president of the Faculty Senate, as chair of the commission on faculty affairs, on University Council, and on president and provost search committees. He joined the board of directors of the University Club in 1986 and became the club’s president a few years later.

Johann travelled widely, visiting over fifty foreign countries; in his later years, he became particularly fond of —in the words of the old song—“cruising down the river”—which took him down the Rhine, the Danube, the Dnieper, and the Volga. He was an avid stamp collector, and even published a compendium of music stamps for the Philatelic Music Circle in 1997. His interest in stamps devoted to music was a reflection of his passionate love of classical music. A regular concert-goer, he was especially interested in opera (an interest shared with Marilyn) and lieder. In 2002, he joined the board of the Renaissance Music Academy, and served as the board’s vice-president. Many in the community will know of his generosity in sponsoring musical scholarships and concerts in memory of his late wife.

In lieu of flowers, contributions may be made to the Johann and Marilyn Norstedt scholarship for voice fund set up in the music department through the Radford University Foundation. No services will be held at this time.