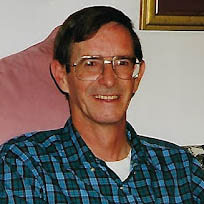 He was a graduate of East Tennessee State University, with Bachelor’s degrees in history and journalism, and a Master’s degree in history. He was a Vietnam War Veteran and served with the 25th Infantry Division. He retired from the Army Reserve at the rank of Major after 21 years of service. He was the author of “Heroes Among Us: World War II Veterans of Montgomery County and Radford, Virginia.” He was a journalist, with more than 30 years of experience as reporter and editor with the News Messenger and Southwest Times.

He was a devoted Husband, Dad and Gda who loved and continuously spoiled his family.

Funeral services will be held at 1:00 p.m. on Tuesday, August 16, 2022 in the Maberry Funeral Home Chapel with Pastor Rocky Huff and Timmy Dulaney officiating. Interment will follow in the Phillips-Kessler (Indian Creek) Cemetery with Military Rites by the Army National Guard. The family will receive friends from 11 a.m. until 1 p.m. prior to the service at the funeral home.