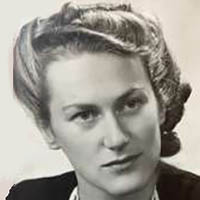 A beautiful life flickered and went out on February 12, 2020, when Gertrude (Trudy) Dingena Moll, MD, 97, passed away. She was preceded in death by her husband, Anthony T. Moll, MD.

She is survived by her sons, Jacob and Richard Moll, and daughter, Maria Moll; her brothers, Jan, Anton, and Leo Zoutewelle; and sisters, Magda Nieland, and Tonny Zoutewelle, and her seven grandchildren and five great grandchildren.

She was a loving wife, mother and great friend to many people. Trudy lived her life caring for, helping, and healing so many people. In the 1940’s, as the oldest of her siblings, she ranged far and wide to find food while her family stayed hidden in war-torn occupied Holland. In the 1950’s, as a highly trained physician, she ministered to Arabian women’s health in Saudi Arabia, starting the first women’s and children’s clinic. To accomplish this work, remarkably, as a woman, she was allowed to drive using a Saudi driver’s license. In the 1960’s and 1970’s, as a family physician in Tidewater Virginia, she provided healthcare to many men, women, and children, while balancing her family, household, and garden. Even when she retired in the 1980’s to the Spruce Run,Newport, Virginia, area, she became an integral part of her new community, and was active in the Spruce Run Community Center and local neighborhood activities.

As a very self-sufficient woman, it was then difficult for her to ask for help as she grew older. Our family would like to say a special “Thank You” to the many neighbors and friends who helped her grow old gracefully after the passing of her husband, and the many friends and staff who supported her during her stay at Warm Hearth.