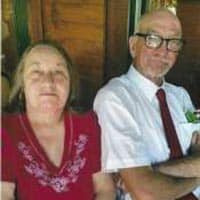 George Wendell Meredith, 76, of Pembroke, departed this life Friday evening, June 14, 2019 at Lewis Gale Medical Center in Salem, Va. Born in Pembroke on October 2, 1942, he was a son of the late Chapman and Glenna Lafon Meredith.

He had been a machine operator for Fairchild before his retirement.

He was preceded in death by his parents, his beloved wife Barbara Ann Bailey Meredith, his brothers Marvin, Eugene, and Lester, his sisters Margaret, Dorothy, and Peggy, and a son David.

He leaves to cherish his memory his sons and daughters-in-law George Jr. and Lisa Meredith of Blacksburg, Danny Meredith of Pulaski, Gene and Kathryn Meredith of Pembroke, Billy Meredith of Rich Creek, and Johnny and Ashley of Pearisburg; his sister Patsy Marshall of Pulaski, his eight grandchildren, and his one great-grandchild.

Funeral services will be conducted Tueaday, June 18, 2019 at 2:00 pm in the Kendall Funeral Home, 605 Snidow St., Pembroke with Pastor James Walker officiating. Entombment will follow in Birchlawn Abby in Pearisburg. The family will receive friends at the funeral home two hours before the services.

Online condolences may be sent by visiting kendallfuneralhome.com