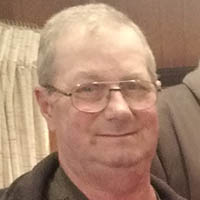 In addition to his parents, he was preceded in death by one son, Anthony Mann. Survivors include one son, Christopher Moore of New York; two sisters, Mary Spaur and husband John, and Joyce “Sissy” Sanders and husband Sherwood; special nephew, Nicholas Spaur; and nephews Timmy Sanders and wife Tara, and Justin Sanders and wife Jesse.

Memorial services will be held at 2:00 PM on Saturday, January 25, 2020, at the Broyles-Shrewsbury Funeral Home Chapel in Peterstown, WV, with Charlie Henderson officiating. The family will receive friends from 1:00 PM until time of services on Saturday at the funeral home. A private graveside service will be held at a later date.

Online guestbook can be signed or condolences may be sent to the family at www.broyles-shrewsbury.com. Arrangements by Broyles-Shrewsbury Funeral Home, Peterstown, WV.