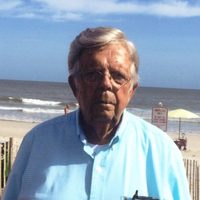 Floyd was a U.S. Army Veteran who served his country during the Korean conflict. After his discharge, he worked in Washington D.C. for Potomac Electric Power Company for a few years and then returned to his beloved West Virginia and Monroe County. He worked at Celanese in Narrows, VA, for 12 years and left to start his own business, Mann’s Mobile Homes, where he sold double wide and modular homes. He later took a real estate class and sold real estate until his retirement.

Besides Floyd’s parents, he was preceded in death by his brother, Harold Mann; his sister, Louise Johnson; nephew, Everette Johnson; and niece, Darlene Johnson.

He is survived by his loving wife of 32 years, Lois Mann; his brother, Herman Mann and wife Paula; four stepsons, three stepdaughters, and several step grandchildren. Also surviving are many cousins, nieces, nephews, and friends.

Online guestbook can be signed or condolences may be sent to the family at www.broyles-shrewsbury.com.