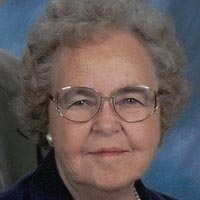 Hazel Gravley Maness, passed away on Thursday, April 1, 2021, at the age of 92. She was born in Austinville, Virginia, to the late Preston G. Gravley and Myrtle Mae Gravley.

As the oldest daughter in a family of nine, she had responsibilities from an early age, learning much from her mother – a trait she would exhibit over her lifetime as she loved to learn new things. She graduated from school in Austinville, Virginia, and then moved to Pulaski, Virginia, working in Martin’s Pharmacy and later at a local textile mill. In 1954, she met Charles W. Maness while at Claytor Lake and they were married later that year. Charles was her lifelong partner and together they raised four children during the span of their marriage of 66 years.

Family was the most important aspect of her life, be it her own birth family, the family she married into, her church family, or most importantly the family she raised. She energetically participated and contributed to all. An avid reader, she introduced her children to books and the value of libraries and learning at an early age. In the late 1960’s as her older children approached middle school age the family made a major investment in the World Book Encyclopedia 20 volume set. While her children used them often, Hazel read the entire Encyclopedia many times over her lifetime.

Her most unique trait was the ability to make friends easily. Over her lifetime she had many close friends and cherished her time with all of them. She loved to laugh and make others laugh, enjoying telling stories and listening to them from others.

Hazel and her family moved to Salem, Virginia in 1965 to take advantage of a business opportunity for her husband Charles. A few years later she and her family became members of the Westside Church of Christ. Her new church family would grow in importance to her over time and in 1984 when the family moved to Collinsville, Virginia for another business opportunity, she and the family joined the Collinsville Church of Christ. She was active in both congregations serving as a bible school teacher, vacation bible school volunteer, and many other roles. She strived to be an example of Christian service and leadership in anything she was asked to do. Upon her husband’s retirement from business in the late 1990’s Hazel and Charles returned to Salem, Virginia, and were reunited with the Westside congregation.

She is survived by her daughter, Linda K. Maness; sons, Charles W. Maness Jr., Dale Anthony Maness, and Thomas Eric Maness. She is also survived by her brother, Pete Gravley and his wife, Faye; sister, Judy Bowman and her husband, Tom; and sister-in-law, Sally Maness; as well as many nieces and nephews. The family would like to thank the staff at Salem Terrace at Harrogate for their care of Hazel over the last two years.

A funeral service to celebrate the lives of Mr. and Mrs. Maness will be held at 2 p.m. on Tuesday, April 6, 2021, at the funeral home. Burial will follow at Fair View Cemetery in Roanoke.

In accordance with the CDC and local government mandates, all attendees will be asked to wear a face-covering and practice safe social distancing.

Online condolences may be sent to the family at www.johnmoakey.com.