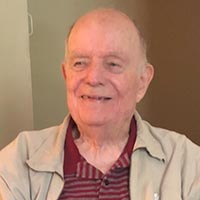 Robert Moore Lynch Jr, 85, of Savannah, GA passed away peacefully in his sleep August 28, 2020 at the Habersham House assisted living facility. He was born July 19, 1935 in Pulaski, VA. He was the son of the late Robert Moore Lynch Sr and Mildred Lynch.

He graduated from Virginia Tech in 1957 and began his career with Owens Illinois in the corrugated box manufacturing industry the same year, moving to many areas of the US on his career path. After retiring he went to work with Global Contact Services in Salisbury, NC for 10 years locating new site locations.

In addition to his parents he is preceded in death by his loving wife Mary Nell Moyer Lynch, son David Bradfield Lynch and his sister Barbara Lynch Bell. He is survived by his daughter Carrie Lynch McCormick (Trevor), granddaughter Alisha Smith (Sara) and grandson Bradley Smith (Larkin) all of Savannah, GA.

There will be a graveside memorial service Saturday, September 19, 2020 at 2:00 pm in the Oakwood Cemetery Pulaski, VA.

In lieu of flowers, expression of sympathy may be made in the form of a contribution to the Alzheimer’s foundation.

Arrangements are being handled by Seagle Funeral Home in Pulaski, Va.