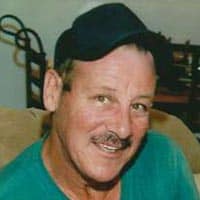 Ricky Allen Lucas, 60, of Pearisburg, departed this life Tuesday morning, April 2, 2019, at Giles Community Hospital in Pearisburg. Born in Giles County on November 29, 1958, he was a son of Mary Alice Martin Lucas of Pearisburg and the late James Edward Lucas. He was preceded in death by his beloved wife Pamela Shaver Lucas, his father and an infant brother Jerry Wayne Lucas.

He was a graduate of Giles High School, and employed in the Boiler House at the Celanese Plant at Narrows.

Funeral services will be conducted Thursday, April 4, 2019 at 2:00 pm in the Kendall Funeral Home, 605 Snidow St., Pembroke, with Pastor Gary Poff officiating. Burial will follow in Birchlawn Burial Park in Pearisburg. The family will receive friends at the funeral home Wednesday evening from 6 until 8 pm.

Online condolences may be sent by visiting kendallfuneralhome.com