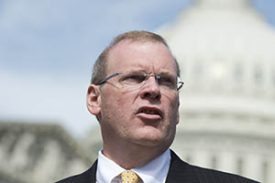 October 11 of this year presents the spectacle of dueling holidays.

Under federal law, the second Monday in October is Columbus Day, commemorating the arrival of the Italian explorer’s Spanish-backed expedition in the New World on October 12, 1492. Columbus Day celebrations have occurred going back to the nineteenth century.

But many jurisdictions, including Virginia, now recognize the same day as Indigenous Peoples’ Day. Supporters of this move generally argue that Columbus, whatever his accomplishments, committed sins that make him unworthy of celebration.

There is a current coursing through our culture today that seeks to sweep away any figure or event deemed flawed by modern sensibilities. Columbus is far from the only victim, and one does not have to be a great admirer of his to find this trend regrettable. And setting up Columbus Day and Indigenous Peoples’ Day against each other does a disservice to the memory of both.

Although Indigenous Peoples’ Day is a recent addition to the calendar, the stories of Native Americans occupy an important place in the history of our region and Commonwealth. We can see it on a map of Virginia’s Ninth Congressional District, with names that reflect native origin such as Alleghany County or the Town of Pocahontas.

The story of Pocahontas, in which the threads of conflict and cooperation between Native Americans and European settlers tangled, is well known in Virginia and nationally. In western Virginia, the story of Logan, a leader of the Mingo people, represents an important part of the Native American heritage.

Logan was the son of an Oneida chief who had befriended the secretary of Pennsylvania, James Logan, thus providing the origins of his name. He lived on good terms with the settlers arriving in the Ohio Valley, the frontier at the time, where Virginia claimed land. But in 1774, his family was massacred by settlers, and Logan set out for revenge.

The ensuing conflict between natives and settlers along the frontier triggered an expedition by Virginia’s Royal Governor, Lord Dunmore, and it took the name Lord Dunmore’s War. It ended after colonial forces under Colonel Andrew Lewis defeated the Shawnee chief Cornstalk at the Battle of Point Pleasant on October 10, 1774.

As negotiators subsequently sought to end the conflict, Logan refused to participate. His explanation, known to history as Logan’s Lament, was said by Thomas Jefferson to match the legendary ancient orators Demosthenes and Cicero in eloquence:

I appeal to any white man to say if ever he entered Logan’s cabin hungry, and he gave him not meat; if ever he came cold and naked, and he clothed him not. During the course of the last long and bloody war, Logan remained idle in his cabin, an advocate for peace. Such was my love for the whites, that my countrymen pointed as they passed, and said, “Logan is the friend of white men.” I had even thought to have lived with you, but for the injuries of one man. Col. Cresap, the last Spring, in cold blood, and unprovoked, murdered all the relations of Logan, not sparing even my women and children. There runs not a drop of my blood in the veins of any living creature. This called on me for revenge. I have sought it: I have killed many: I have fully glutted my vengeance. For my country, I rejoice at the beams of peace. But do not harbor a thought that mine is the joy of fear. Logan never felt fear. He will not turn on his heel to save his life. Who is there to mourn for Logan? Not one.

Logan’s story captures much of the complexity of the experience of Native Americans in the United States, but also the contradictions of human nature and behavior throughout all time and our capacity for both great good and evil. He was greatly wronged by settlers and in response turned from a friend to an enemy yet held in high esteem by figures such as Jefferson and honored in our memory by place names such as Logan County, West Virginia (established when the land was still part of Virginia).

Whatever you call the second Monday of October – whether Columbus Day or Indigenous Peoples’ Day – the story of Logan deserves to be retold.

And rather than focusing on excluding, in these days when we find ourselves divided, we should remember the lessons of the past and treat each other with dignity, no matter our race, political philosophy, creed, or other difference.