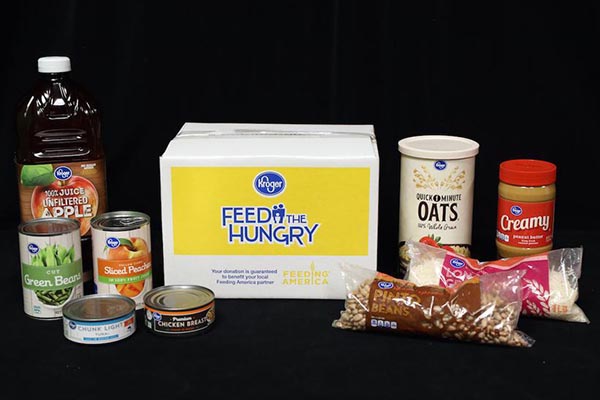 Yesterday, The Kroger Co announced that it surpassed its three-year goal to donate one billion meals by 2020 through its Zero Hunger | Zero Waste initiative, the company’s bold social impact plan aimed at creating communities free of hunger and waste. Of the one billion meals, more than 30 million meals were donated by Kroger Mid-Atlantic to Feeding America food banks and partner agencies.

The Mid-Atlantic Division serves Kroger stores in Virginia and West Virginia, as well as several stores located in Tennessee, Kentucky and Ohio.

“It’s important to add a local dimension to the campaign so our associates and customers can see that their local stores are playing an important role fighting hunger and eliminating waste in their communities,” said Allison McGee, corporate affairs manager for Kroger Mid-Atlantic. “The company laid out an ambitious goal with Zero Hunger | Zero Waste and by staying focused and passionate about the cause, we’re making strides toward reaching that goal.”

In addition to fighting hunger, Kroger Mid-Atlantic is also celebrating a number of waste elimination results, including that 98.3% of its stores donate fresh food each month through its Food Rescue program. Kroger’s Food Rescue program encourages stores to donate fresh fruits, vegetables and proteins that can be turned into meals for those in need. In 2019, Kroger Mid-Atlantic Food Rescue efforts resulted in 3.6 million pounds of food rescued and donated to local Feeding America food banks and food pantries – an increase of 10.5% from the previous year.

As part of The Kroger Co.’s celebration of the Zero Hunger | Zero Waste milestone, the company is recognizing associates who go above and beyond to feed the community and fight hunger. In the Mid-Atlantic Division, Ruth Johnson of Suffolk, Virginia was celebrated as a “Zero Hero” for her leadership in store and for her work organizing food drives and maintaining a food pantry at her local church that feeds thousands in the area. Ruth will be rewarded with a donation to her church’s food pantry.

In light of the COVID-19 pandemic, Zero Hunger | Zero Waste efforts have increased as food banks across the country are seeing record-breaking needs from the communities they serve. Since March 2019, Kroger Mid-Atlantic has donated more than $350,000 to fighting hunger.

The Mid-Atlantic Division operates more than 100 stores in Virginia, West Virginia, Kentucky, Tennessee and Ohio. Based in Roanoke, Virginia, the Mid-Atlantic Division employs about 14,000 associates. Kroger Mid-Atlantic is dedicated to eliminating hunger in the communities it serves through partnerships with nine Feeding America food banks and numerous local organizations. Zero Hunger | Zero Waste is aimed at ending hunger in Kroger communities and eliminating waste in stores by 2025. Kroger also supports breast cancer research, the military and their families and more than 4,000 nonprofit organizations. Kroger Mid-Atlantic donated $5.5 million to charity last year and 3,295,485 pounds of food to food bank partners.