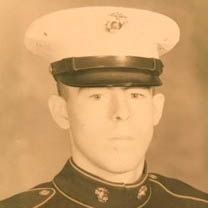 Douglas was raised in Staten Island. He attended St. Rita’s, Brooklyn Tech and graduated from New Dorp HS. Douglas enlisted in the Marine Corp in 1967 and was sent to Vietnam. He proudly served his country until being honorably discharged in 1971. Douglas relocated to Draper, Va. He attended flight school, obtained his pilot’s license and became a corporate pilot. He also managed the NRV airport where he made numerous lifelong friends, was a flight instructor, raised English Setters for more than 20 years and built a home board by board and stone by stone overlooking the New River.

Douglas was an avid outdoorsman-hunting, fishing (salt and freshwater), hiking and canoeing were a few of his favorite outdoor activities.

Douglas is survived by his father, Albert Jaccard of Myrtle Beach, his five siblings, their spouses and 16 nieces and nephews.

Douglas was a loving brother and a wonderful uncle to all his nieces and nephews. He never showed up empty handed when visiting. Boar sausage, salt-cured ham, arrowheads and ice-cream sundaes for the kids were just a few of the memories.

Services will be held at Our Lady Star of the Sea on Thursday, April 22, 2021. Rest in peace big brother.