Independence Day Celebrations in the Area 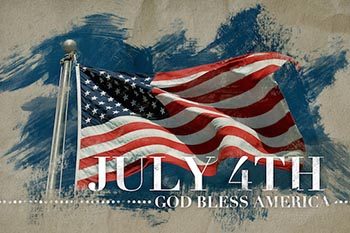 Blacksburg: 2021 Fireworks Show is on July 4th at 9:30 p.m. (rain or shine) at the old Blacksburg High School property on Patrick Henry Drive

Christiansburg: Come out and celebrate our nation’s Independence Day by attending the festival on Main Street from 10 a.m. to 4 p.m. There will be live music performances by Gate 10, Flannel Jukebox and Don and the Deltones Plus. Food and vendors will be along Main Street and a special Kids Zone will be available, too. Enjoy this free event with your family and friends all day, and at 9:15 p.m., go to the Uptown Christiansburg or Walmart parking lots to watch the fireworks!

Fireworks can be viewed from the Uptown Mall or Walmart parking lots. The rain date will be Monday, July 5th. If we must go to the rain date, there will only be fireworks, no festival.

The rain date is on Monday, July 5th. If we must go to the rain date, there will only be fireworks and no festival.

Admission is free and all are welcome.

Before the fireworks, the Town of Christiansburg will present its 22nd Annual Fourth of July Celebration in downtown Christiansburg from 10:00 AM to 4:00 PM.

Enjoy a full day of live music, free kids activities, inflatables and attractions, food and craft vendors and of course the best fireworks around to close the event!

Note: All musical performances will be held under the gazebo.

Jimmy Fortune toured, sang and performed with the legendary Statler Brothers for 21 years. He joined them first as a temporary replacement for Lew DeWitt, after DeWitt heard him singing at a ski resort and recommended him. Following an audition in Nashville, Jimmy was contacted by the Statler Brothers and performed his first show with them on January 28, 1982. Due to the debilitating effects of Crohn’s Disease, Lew was unable to return to the stage with the Statlers, and Jimmy was hired as a permanent replacement in August of 1982.

Jimmy has performed in all of the U.S. States, in Canadian Provinces, and in front of audiences as large as 100,000. He was part of the Statlers’ annual Happy Birthday USA celebration in Staunton, Virginia, for 14 years. He also sang on many of the Statlers’ gold, platinum, and double platinum recordings. Jimmy’s career included The Nashville Network’s popular “The Statler Brothers Show” which aired for seven seasons and debuted in 1991 as the highest rated show for the network.

After the Statler Brothers retired on October 26, 2002, Jimmy seized the opportunity to launch a solo career to share new music with his fans. Jimmy is currently living in Nashville, writing, and touring.

Wade Hayes is an acclaimed and award winning country musician who has a number one single to his name and was nominated him for Top New Male Vocalist of the Year for 1995 by the The Academy of Country Music.

Country music’s power has always been in its ability to reflect real life, and few artists have a stronger gift for capturing both heartache and hope than Wade Hayes. In the past few years, the singer/songwriter has navigated a complicated journey that has produced some of the most potent songs of his already impressive career. Surviving stage IV colon cancer, not just once but twice, has given Hayes a unique perspective of the fragility of life and the strength of the human spirit. Those lessons learned are embodied in the songs on Go Live Your Life.

Raised in Bethel Acres, Oklahoma, Wade Hayes grew up around country music. His father Don was a professional musician who played bars and honky tonks across Oklahoma. Influenced by his father, he began playing music as a child. Initially, he played mandolin for a while, but he switched to guitar at the age of 11. Inspired by honky tonk, outlaw country, and bluegrass, Hayes developed a distinctive style at an early age.

Hayes was in his early 20s when he began churning out such enduring hits as “Old Enough to Know Better,” “I’m Still Dancing with You,” “On a Good Night” and “What I Meant to Say.”

In 2009, he released the critically acclaimed independent album, “A Place to Turn Around”, and continued to tour extensively until his world came to a screeching halt when he was diagnosed with stage IV colon cancer in the fall of 2011. It was a surprise to everyone, even the doctors. Because Hayes was so young, doctors initially thought the symptoms were the result of him working out too strenuously and lifting too much weight. After extensive surgery and debilitating chemotherapy, Hayes battled his way back to health only to have the cancer return in the fall of 2012.

Although the faces and names may have changed since we began performing in 1961, one thing hasn’t – the party continues! The Castaways based in Durham, North Carolina bring an exciting sound, tremendous talent, energy, and performer versatility to your party.

With every note being played live, you can count on The Castaways to provide you with a perfect mix of Beach, Soul, and Rock-n-Roll. But, don’t be surprised if we throw in a little country and top-40 too. Whether it be a wedding reception, corporate party, night club, or good old-fashioned beach party, The Castaways are your key to a great time!

Glen Shelton is a musician based in Amherst County, Virginia that has performed across the mid-atlantic region. Most of Glen’s performances include popular country music (cover songs) as well as a few of his original songs. His show is very high energy and entertaining, and also very professional and suitable for all ages.

Glen has performed at hundreds of outdoor events and has worked with more than 40 national acts including Lonestar and Joe Nichols.

A unique group with a sound and blend seldom heard, Faithful Praise brings a fresh energy to gospel music. Their harmonies are the type of blend that one would expect to hear from a family that has sung together for years. Based out of the Shenandoah Valley of Virginia, Faithful Praise has created a sound that reflects their hearts for the message of the gospel. Each member brings their own style based on their personal experiences in music.

Shuttle buses will be available and run from 1:30-10:30 PM with multiple stops along New River Drive and University Drive.

If you would be interested in becoming a food or craft vendor, please contact Donna Wolfe at 540-731-3633 or by email Donna.Wolfe@radfordva.gov.

The Radford July 4th “Spirit of America Celebration” will be held depending on the current governor’s orders.

For more information, visit: https://radfordva.gov/1049/Radfords-July-4th-Celebration or https://www.facebook.com/RadfordParkandRecreation/ or call the Radford Parks & Recreation Department at 540-731-3633.