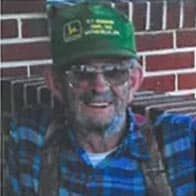 Charles William Huffman, age 87, Newport, VA, passed into the loving arms of his Lord on June 16 in Salem , VA. Born August 29, 1931 in Blacksburg, VA, he was the son of the late Howard M. Huffman, Sr. and Venus Osborne Huffman.

Charles was raised and resided in Craig County, VA. He wed the late Barbara Jean (Perdue) Huffman on August 1, 1952. They were married sixty-four years until her passing on April 6, 2017. A baptized Christ follower and lifelong member of Level Green Christian Church, Newport, VA, he served as a deacon and worship leader for many years.

A United States Army Veteran, Charles joined the Army at seventeen years of age on November 16, 1948, before the Korean Conflict. He fought with the “81 Mortars” in Korea from 1950 to 1951, receiving the Purple Heart and the Combat Infantry Badge after he was wounded in action in September of 1951. A member of the 2nd Infantry Division, attached to the 101st Airborne Division, his service led him to VA, KY, CO, Alaska, Korea, Japan, back in his beloved USA to WA, PA, and then home to VA, ending active service on November 15, 1951. He was employed by Radford Ammunition Plant in Radford, VA, then worked as a carpenter for a private contractor in Craig County, VA and later retired after 31 years as a Carpenter Foreman from Virginia Tech, Blacksburg, VA. He enjoyed music, singing, carpentry work, hunting, gardening, yard work, watching Nascar Races and major league baseball games.

Special thanks are extended to the staff at Joseph C. Thomas Center at Richfield for the loving care of our father during his stay there and also the office of Dr. Bret Adams at the Carilion Cancer Center.

Funeral Services will be held 2:00 PM Thursday, June 20, 2019 at Paitsel Funeral Home with Ministers Bill Frazier and Tim Lorenz officiating. The family will receive friends 12- 2:00 PM. Full Military honors will be observed before Interment at Fairview Cemetery in the Level Green Community, on a hill behind his self-built home for over sixty years. Arrangements by Paitsel Funeral Home. www.paitselfh.com