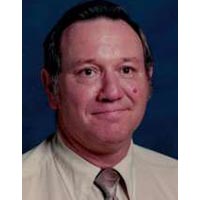 He was an Assistant Football Coach and Swim Instructor at Ferrum College, graduating with an associate’s degree. He then went to be a Guidance Counselor at the College of William and Mary, graduating with a Bachelor’s Degree. Later he would receive a Masters Degree from Radford University. John was a Guidance Counselor and Teacher for Narrows High School for many years. After retiring from education, Joh became The Town of Pembroke’s Manager. He later tried his hand as a chef at Mountain Lake. He loved to ride his Goldwing Motorcycle and was a long-standing member of the Little Meadows Hunt Club.

Left to cherish his memory to their hearts are a daughter, Carol Evans (Craig); a special niece Toma O’Dell Eaton (Jerry); and numerous nieces, nephews, cousins and friends. John will be deeply missed by family and friends.

There will be a celebration of life to set the memory of John to all hearts at a later date. Online condolences may be sent to www.kendallfuneralhome.com. The staff of Kendall Funeral Home are honored to be serving the Hamblin Family.