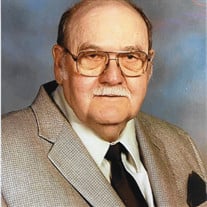 Cecil Roy Hall, Sr., 84, of Shawsville, passed away Saturday, October 16, 2021 at his home. He was born on April 5, 1937 to the late Priscilla J. And Glenn C. Hall, Sr. He was also preceded in death by his son-in-law, Eddie Davis, and granddaughter, Jessica Davis, brother, Ottie Hall, and sisters, Thelma Davis, and Mary Ellen Bryson.

Funeral services will be held Wednesday, October 20, 2021 at 11:00 am in the McCoy Funeral Home Chapel with Pastor John Collins officiating. Interment will be in Roselawn Memorial Gardens, Christiansburg. In lieu of flowers the family requests donations be made to Carilion Hospice of the New River Valley. The family will receive friends from 6:00-8:00 pm Tuesday at McCoy Funeral Home, Blacksburg.