Griffith Statement on Articles of Impeachment 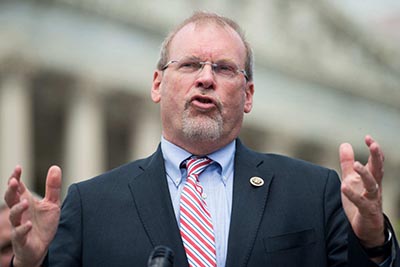 Congressman Morgan Griffith (R-VA) issued the following statement after House Speaker Nancy Pelosi (D-CA) indicated that she would transmit the articles of impeachment passed by the U.S. House of Representatives on December 18 to the U.S. Senate next week:

On January 9, 2020, Griffith made a series of parliamentary inquiries on the House floor regarding whether the Office of Speaker was vacant due to the Speaker’s apparent inability to discharge her duties.

On January 10, 2020, Griffith introduced a House resolution declaring the Office of Speaker vacant.